For the first time in a generation, Australia’s oldest express train, the famous Spirit of Progress, will depart Sydney in April, 2020, with Cruise Express offering an exclusive opportunity to ride the legendary train as part of a never-before-offered, six-day heritage rail and sail journey between Sydney and Melbourne.

A glamorous icon of Australia’s golden age of rail travel, the original, gleaming gold and blue carriages of the Spirit of Progress will arrive in Sydney in April, 2020 - the first time the once-household name has been in the harbour city since 1986 when the ‘Spirit’ ended its colourful career as the premier travel option between Melbourne and Sydney.

To mark the historic return of the Spirit of Progress to Sydney, Cruise Express has launched a unique, five-night ‘Spirit and the Princess’ journey starting on April 3, 2020.

The exclusive package includes a two-day trip aboard the train from Sydney to Melbourne, with an overnight in Albury, two nights in Melbourne and a two-night cruise back to Sydney aboard the cruise ship, Golden Princess.

Fares, including selected meals, are available from $2290 per person, twin-share, or $2990 for solo travellers.

Australian travel agency, Cruise Express, which specialises in cruise and heritage rail holidays to meet a growing demand for ‘slow travel’ experiences, has helped resurrect the Spirit of Progress to full, inter-capital, working order to preserve an important chapter in Australian history for future generations. The work was done in partnership with the Seymour Railway Heritage Centre and Lachlan Valley Railway.

The six-carriage Spirit of Progress includes original 1930s compartment cars, a parlor car and kiosk car, which will be hauled by the restored, 1957-built Streamliner diesel locomotive S303 and a 1977-built locomotive C501.

The Spirit of Progress began her life in Melbourne on November 17, 1937, when Victorian Premier, Albert Dunstan, took a special gold key and opened the door of a brand new world-class train – the ‘Spirit of Progress’. Launched in a blaze of publicity, the all-steel, air-conditioned train ushered in unheard of levels of comfort on the express, broad gauge run from Melbourne to Albury.

In April, 1962, the NSW standard gauge line was extended into Victoria which allowed the Spirit of Progress to travel all the way from Melbourne to Sydney. The train ran nightly in each direction for 24 years until 1986 when the ‘Spirit’ made her last interstate run, never returning to Sydney, until now.

Cruise Express Managing Director, Meg Hill, said: “There’s growing interest in great old trains and the magic of slow travel. We’re very proud to help return the iconic Spirit of Progress to full working order between Melbourne and Sydney so Australians can enjoy the nostalgic charms of travelling aboard her again.

“As life speeds up, more of us want to return to a simple, more graceful time. The beautiful and historic ‘Spirit’ offers Australians an opportunity to step back in time for a few days and savour the romance and excitement of journeys as they once were.” 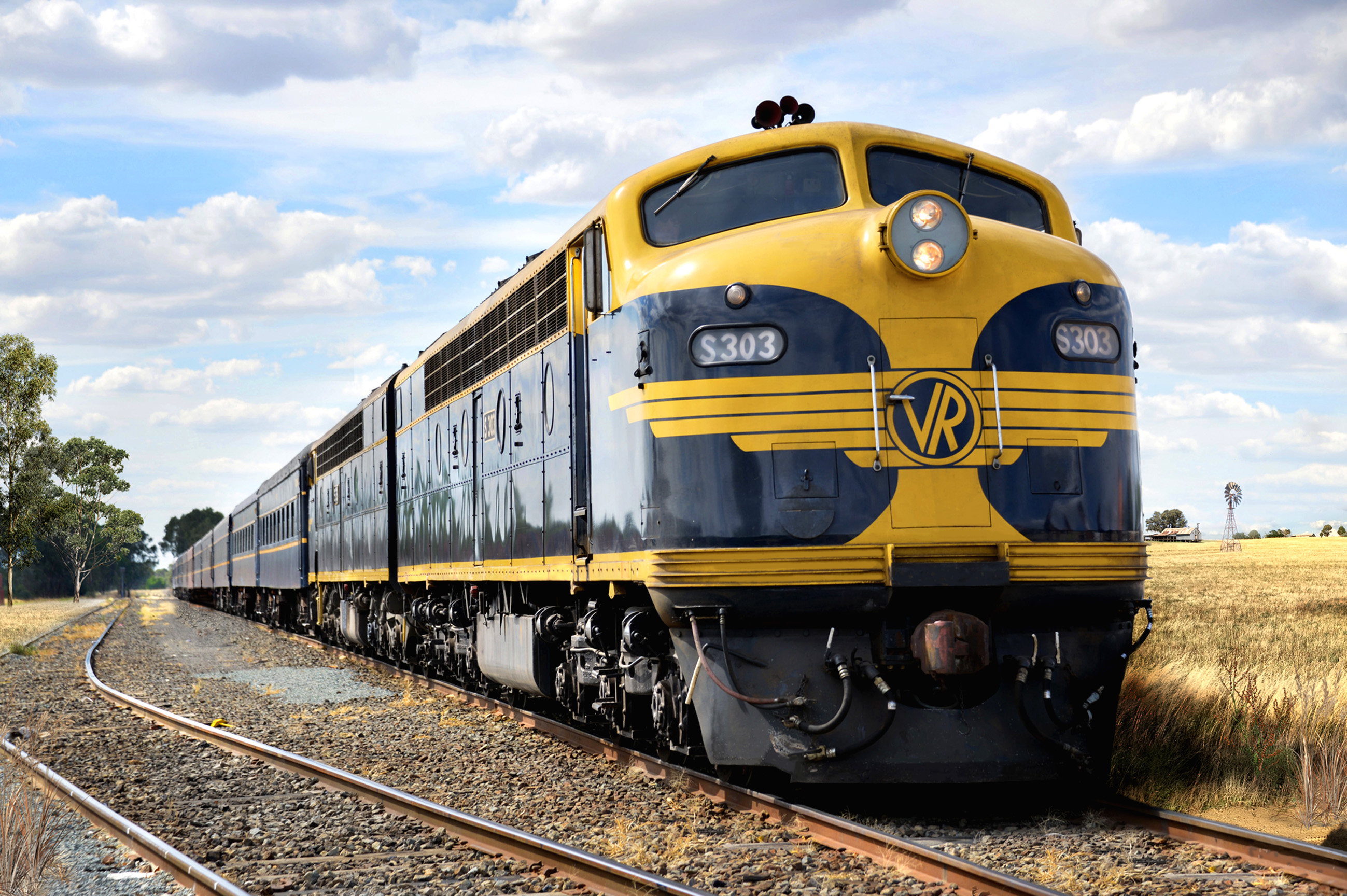 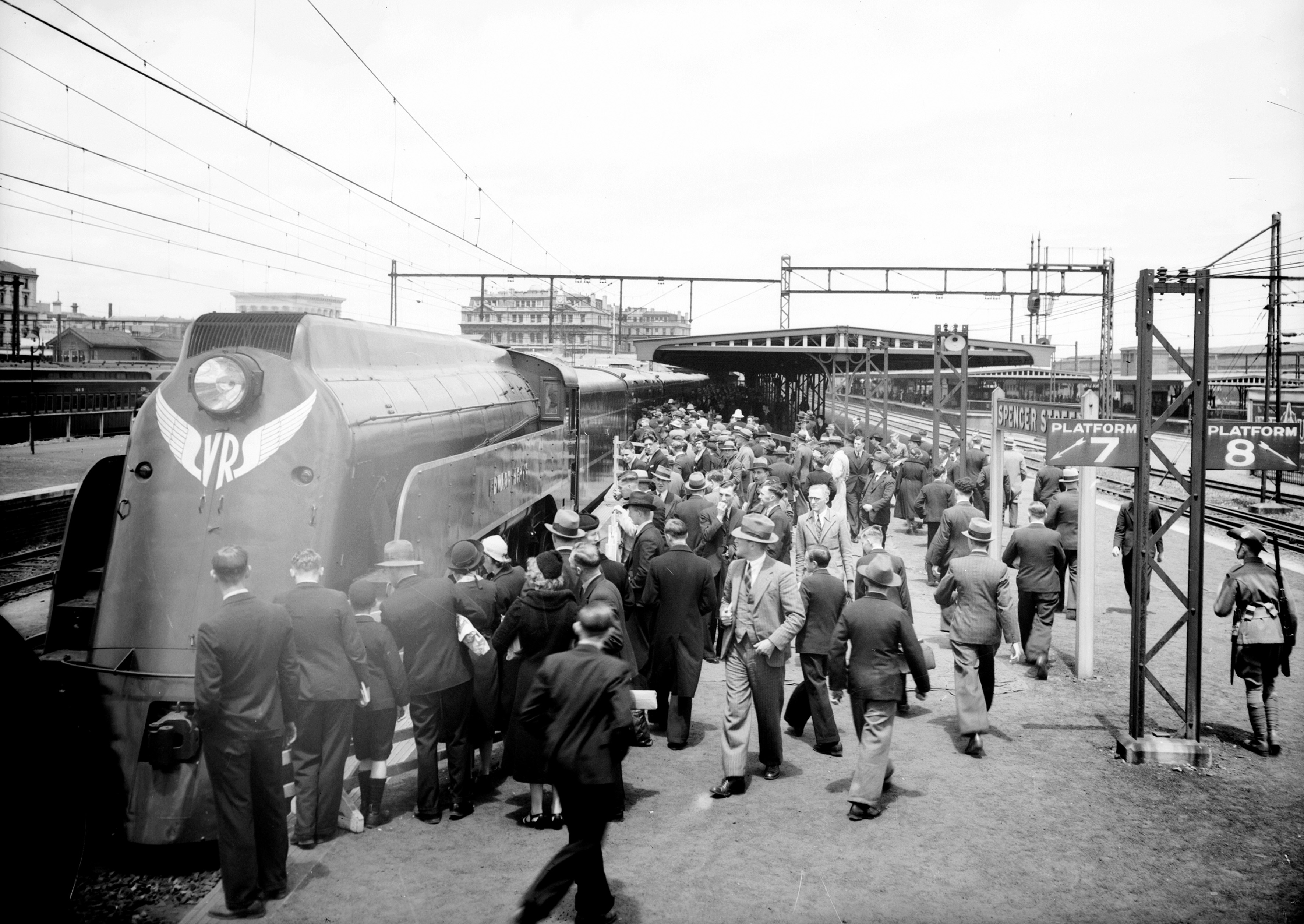 Left image: the Spirit of Progress today, and right image: as it was in 1937 leaving Melbourne for the first time